10/18/2019 09:23 - Posted by Tom van Leeuwen
In this video Professor of Astronomy Michael Merrifield (University of Nottingham) presents a simple model of the CO2 greenhouse effect.

He leaves out clouds, albedo effect, ocean interaction, sun cycles and a lot of other factors that affect the climate and discusses only the CO2 radiation in the atmosphere.

Then, he explains his hypothesis for a surface temperature of 15 °C. And yes, that might be the Earth's approximate average temperature, but in the real world, temperatures vary from -40 °C to 35 °C at any given moment. He does not explain how this hypothesis works under these circunstances.

That's the model. Now, let's fire up some modeled diesel-engines, build some modeled coal plants, emit some additional CO2 and take this model to the limit. 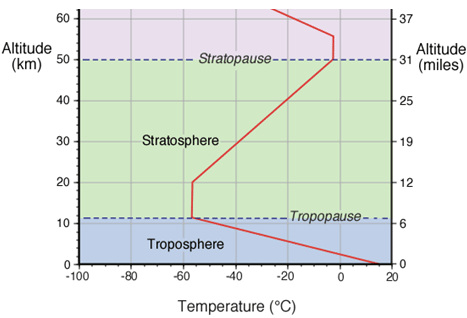 As we add more CO2 the emitting point will go up, so if we add a lot more, at some point the emitting level will reach the tropopause. In the tropopause, the temperature won't decrease any more with higher altitudes, so from that point on, adding more CO2 will not have any effect on the Earth's temperature according to this model.
If we still add a lot more CO2, the emitting point will reach the stratosphere. In the stratosphere, the temperature will go up with higher altitudes so, according to this model, the surface temperature must go down.

If you take this model to the limit, it tells you that temperatures will drop when you add more CO2


Doesn't sound very convincing, right? The CO2-concentration goes up and the temperature goes down. But that is what the model tells us.

Clearly this model fails. It's an oversimplification of the real world.

In the real world, the CO2 greenhouse effect has a logarithmic progression and is mostly saturated. Adding more CO2 has no measurable effect on the surface temperature. This is reflected in real-world empirical data.