The year the Maldives drowned

In 1988, environmental experts warned that the whole country was at risk to be completely covered by rising sea levels within 30 years. 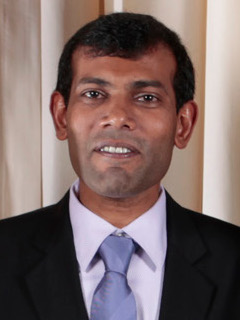 According to former Maldivian president Mohamed Nasheed, the Maldives are ranked the third most endangered nation due to flooding from climate change. In March and April 2012, Nasheed stated, "If carbon emissions continue at the rate they are climbing today, my country will be underwater in seven years."

Now that we’ve reached those prediction deadlines, we observe that not even one of the 1196 islands has drowned and that the sea level rise is about 1.7 millimetres per year, the same rate it has been for centuries.

The scientists that make these kinds of predictions are never held accountable. Not a single one of their climate predictions has come true, but that does not stop them. They just replace their failed predictions by fresh ones or simply extend the prediction deadlines.
The mainstream media love this because it brings visitors to their websites. Politicians love this because they can freely tax their citizens in order to fight these terrible imaginary threats.

More info and image credit: 2018 – An Important Year For The Climate