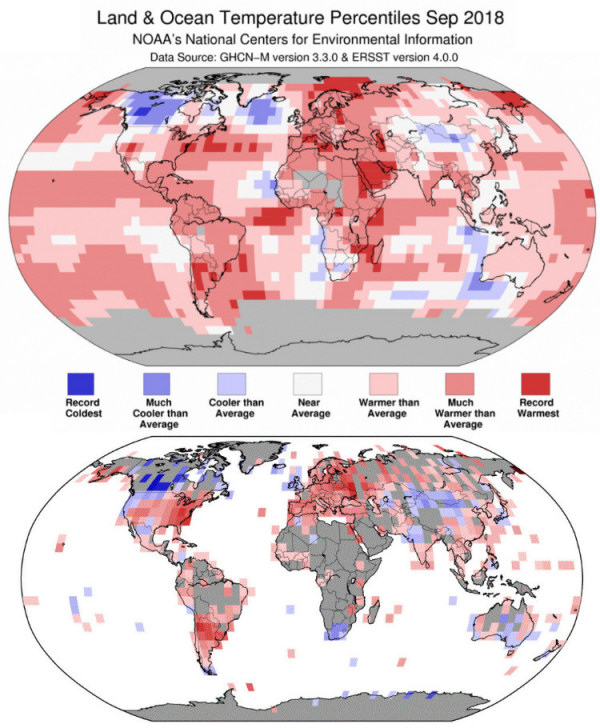 11/16/2018 17:30 - Posted by Tom van Leeuwen
The first map shows the average global temperatures for the month of September 2018. That looks terrifying, so much warming, so many record temperatures!

The second card shows reality. The grey and white areas indicate where no measurements have been taken. In Arabia and East Siberia, the heat would have broken all records, while in reality there are no thermometers. In large parts of Brazil and Africa, non-existing thermometers measured temperatures that were far above the average.

They just make it up!

IPCC – Back to the Little Ice Age?
The positive impact of human CO2 emissions