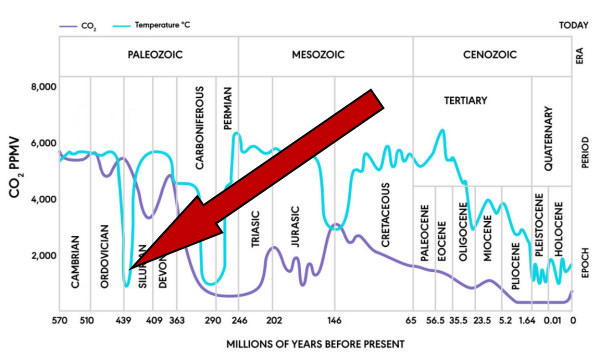 The Ordovician Ice age was so severe that it triggered a massive extinction event that caused the loss of 85% of marine animal species and 26% of animal families.

All this happened while CO2 levels were between 8 and 12 times the current levels. Not by warming, but by cooling.

This completely contradicts the hypothesis promoted by the IPCC, the UN, and your national government that CO2 warming is the main climate driver and that even just doubling the current CO2 levels would lead to catastrophic global warming. Exactly the opposite happened 440 million years ago.

2018 - The year without violent tornados in the US
Natural processes